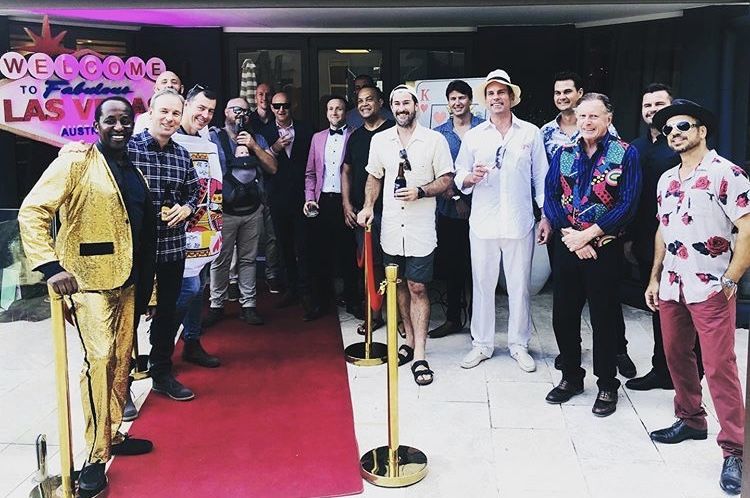 Ken’s wife organised the perfect Birthday present for him - a casino night hosted by Vegas Nights!

It was guys only, almost like a secret bucks party in the real Vegas! The outfits the guys wore were awesome and Ken out did himself in a gold tuxedo!

The guys played Blackjack and Roulette and Ken even filmed the whole thing with his surviellance style security cameras, probably so he can go back later and see how often his mates cheated!

Ken proved that night that you don’t have to celebrate a milstone Birthday to put on an awesome party, in fact 42 is better than 40 because you made it 2 more years, right?

Once again, it was a real pleasure to deal with such humble people. Ken and his wife were extremely hospitable and kind and people like these male our job so much easier and it bearly even seems like we’re working sometimes.